Full Name
David Dickinson
Job Title
Regional Administrator
Company
US DHHS/Substance Abuse & Mental Health Services Administration
Speaker Bio
David A. Dickinson, MA, has over 40 years’ experience in the field of behavioral health, working in clinical service delivery as a counselor, program manager, and agency director, as well as serving in leadership positions in state government in Kansas and Washington. He has served as the SAMHSA Regional Administrator in DHHS Region 10 since the creation of the office in 2011. His clinical career also included service delivery in California, Colorado, and Oregon. Prior to his position as Regional Administrator for Region X, David served as the Director of the Division of Behavioral Health and Recovery (DBHR) in the Department of Social and Health Services, State of Washington, where he had been posted since April 2009. In this position he managed responsibility for the State's substance abuse prevention, treatment and recovery services and community mental health system. During his tenure in Washington, he was responsible for integrating the former Division of Alcohol and Substance Abuse and the Mental Health Division, creating the DBHR while melding two historically distinct Divisions with a shared vision of delivering quality, data-driven behavioral health services in a recovery-oriented system of care. He also had an active executive leadership role in promoting the concept of bilateral integration of behavioral health and primary healthcare in Washington State through person-centered health home clinical models.

David has held positions as the First Vice President of the National Association of State Alcohol and Drug Abuse Directors (NASADAD), as well as being an at-large member of the Board of Directors of the National Association of State Mental Health Program Directors (NASMHPD). He currently serves on the Boards of two non-profit organizations in Washington. David received a BA in Political Science from Baker University in Kansas, and earned his MA in Counseling Psychology from John F. Kennedy University in California. He resides in Olympia, Washington with his family.
Speaking At
Future of Idaho's Behavioral Health Care System 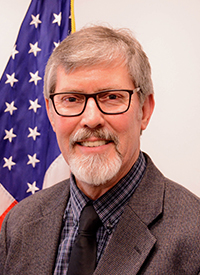